On Sunday 11th October 2009, the EABF (Entertainment Artistes’ Benevolent Fund) presented a tribute to the late Danny La Rue at the London Palladium. Danny was a former Vice President of the Fund. The show was produced by Roger Kitter and Peter Elliott. 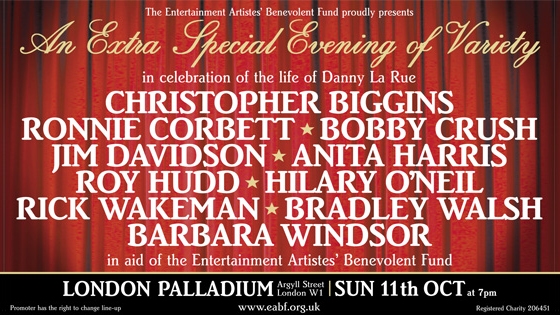