Studio-based games include Get In the Hole, which involves playing speed golf around the set, and Park The Bus, in which a blindfolded team captain has to park the bus in front of goal guided by the shouts of his team-mates. All is wrapped up in a frantic finale as they play Squeaky Buzzer Time. 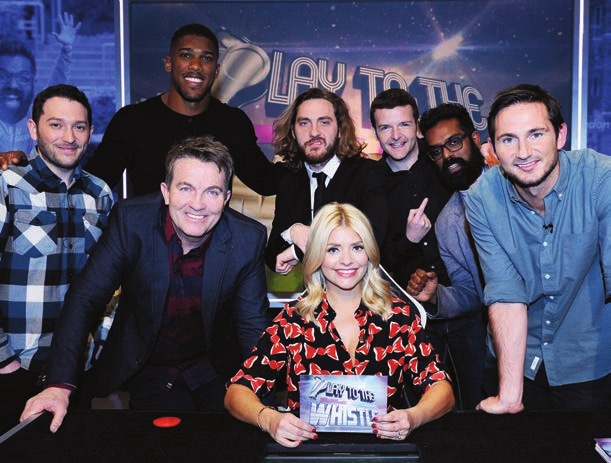 In the second episode, team captains Frank Lampard and Bradley Walsh return alongside Holly, who has her referee’s whistle at the ready. Joining the panel are recently crowned IBF heavyweight champion boxer Anthony Joshua and comedians Kevin Bridges and Jon Richardson, along with regulars Romesh Ranganathan and Seann Walsh.