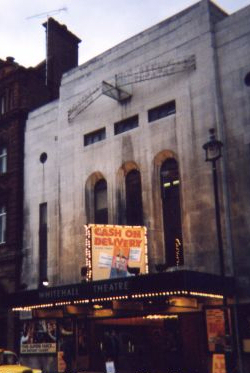 With six lodgers, Eric Swan (Bradley Walsh) should have a full house but unfortunately they’re all make-believe! You see, Eric has been secretly cheating the Social Security system for the last two years. But when a wily D.S.S. Inspector turns up, Eric and his best friend Norman are forced into a mad-cap routine as they pretend to be Eric’s fantasy characters – all while trying to hide the truth from Eric’s wife and Norman’s girl friend!

John Smith is a London cabbie with his own taxi, a wife in Streatham, a wife in Wimbledon, and a knife edge schedule. He has been a successful, if somewhat tired bigamist for three years but one day he is taken to hospital with mild concussion. In the ensuing complications, aided by an unwilling Stanley Gardner, John tries bravely to cope with a succession of well meaning but prying policemen, two increasingly irate wives and an hysterical dress designer until he manfully confesses the truth. 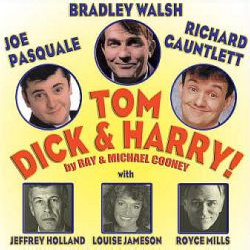 Poor Tom Kerwood (Bradley Walsh). All he wants to do is adopt a baby. So how does he end up with two illegal immigrants and a dead body? Blame his two brothers, Dick and Harry whose ideas for helping Tom end up with Tom’s marriage on the rocks, a death threat from the Russian mafia, a visit from the local police plus a first wife he never had – then it start’s to get complicated!