Bradley Walsh was asked to perform on the 14 October 2001 at the Theatre Royal, Drury Lane for the Royal Masonic Variety Show hosted by Jim Davidson.

After the success of the 2001 show, Bradley returned for the 2002 show where he was the compere introducing the likes of Brian Conley, Roger De Courcy, Jim Davidson and Lesley Joseph. 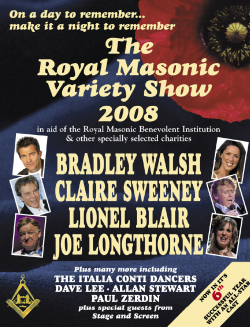 On Sunday 9th November 2008 at The Prince of Wales Theatre, Leicester Square, London. 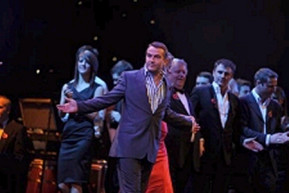