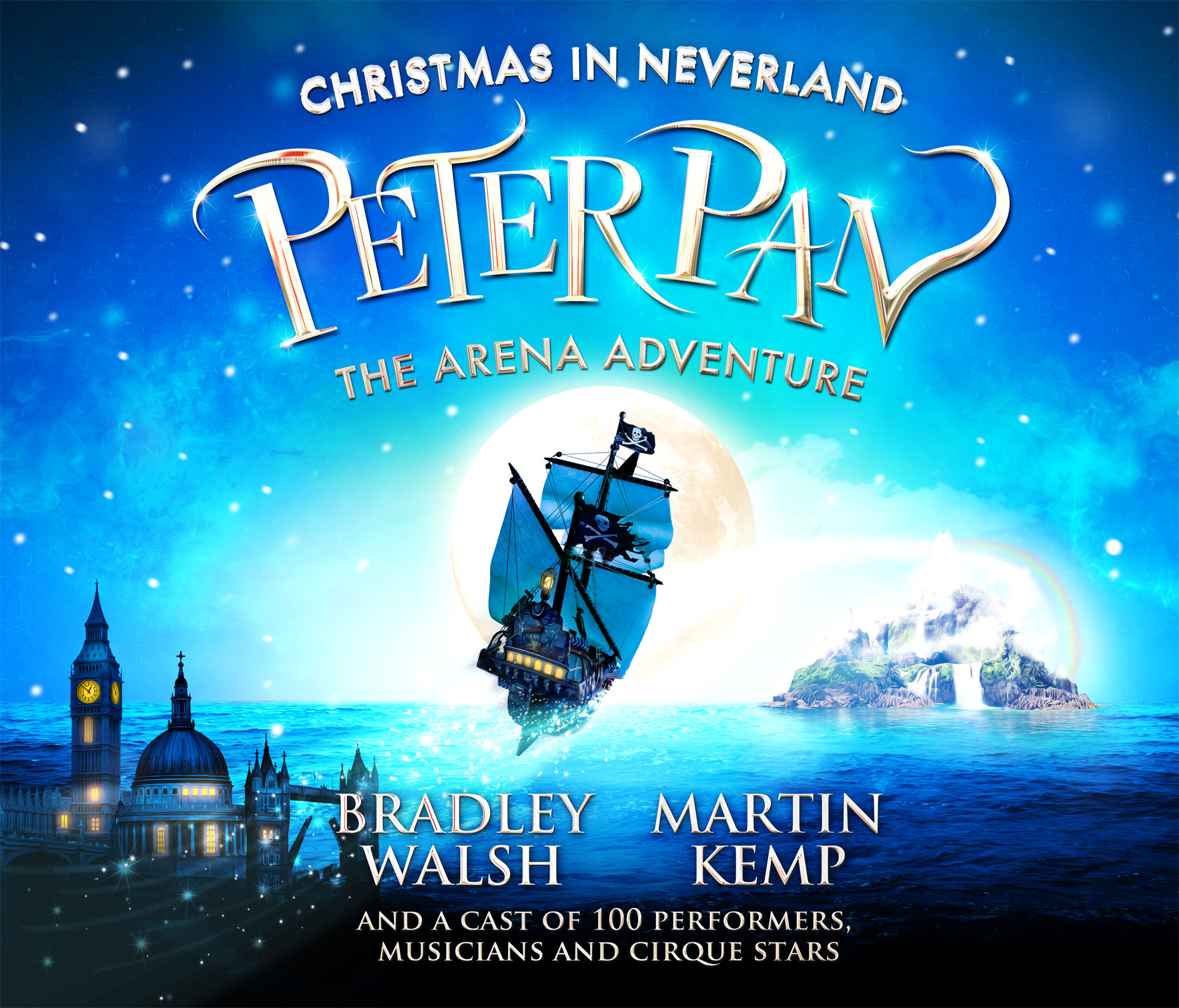 The producers of ‘The World’s Biggest Pantomime’ invite you to spend Christmas in Neverland with Peter Pan, in their stunning new arena production!

J. M. Barrie’s original story and characters including ‘Tinker Bell’, ‘Tiger Lily’ and of course, ‘Peter Pan’, will all be brought to life by a cast of over 100 performers, including flying cirque and stunt stars, actors and musicians, plus a special effect or three! Watch the life size Jolly Roger galleon sail around the Arena, and watch out for the biggest, scariest animatronic crocodile you’ve ever seen as this beloved classic story takes the stage!

Wherever you are seated, you’ll be close to the action of this thrilling show as it will be performed across three arena stages on a movie style Neverland set; plus, a giant 60 feet wide LED screen with computer graphic imagery and live close-up TV relay of the action, will ensure you never miss a moment!