On Sunday 6th May 2012 at the Marlowe Theatre, Canterbury a tribute to comedian Dave Lee who sadly died earlier in the year was held to celebrate his life and raise money for his charity Dave Lee Happy Holidays that gives holidays to ill children and their families.

Dave has annually held a variety show in aid of the charity since the late eighties, managing to get his show business friends to entertain a sell-out theatre with all money going to his Charity. The show was produced and directed by Paul Hendy. 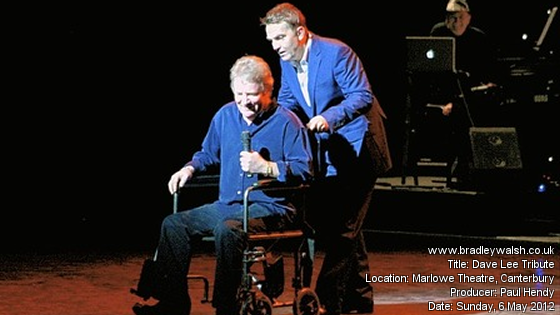 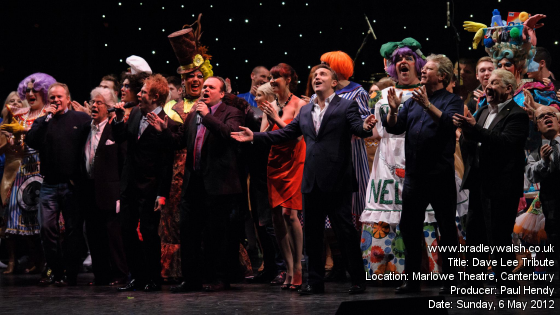 There was a great turnout of celebrities for the 2012 show and there was a full house of 1,200 people in the audience. The charity raised about £30,000.