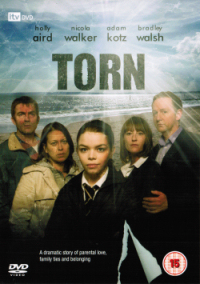 Torn is a three-part psychological drama inspired by a true story about parental love, family ties and belonging. Two familys’ lives are turned upside down when a mother recognises her daughter, Alice, who was kidnapped from a beach over 10 years earlier, and who was generally assumed to have drowned. Reuniting the family causes destruction and heartache – nobody knows where they really belong and Alice is soon torn between two different worlds. The film stars Holly Aird (“Losing It”; “Waking the Dead”), Nicola Walker (“Spooks”), Bradley Walsh (“Coronation Street”), Adam Kotz (“The Last King of Scotland”) and Jo Woodcock.