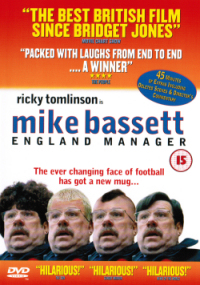 When the England manager has a heart attack, football’s top brass turn to Mike Bassett (basically no one else wanted the job). England lose Mike’s first two games in charge. His team struggles to a goal-less draw in the final qualifying match but, thanks to a fluke result elsewhere, England qualify for the finals in Brazil. In South Africa things go from bad to worse. Pressure is mounting for Mike. An embarrassing drunken performance caught by a news photographer seals his fate as the most unpopular Englishman ever. However, Mike makes an impassioned plea for the the country to get behind him – fans, press, players… even his wife. Can Mike turn the tide and bring football home?